Wow! I woke up this morning and started writing this blog post in my head! I haven’t done that in soooooo long! I 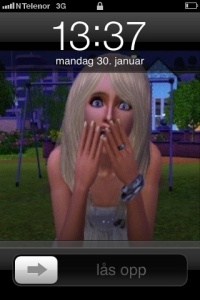 suppose it’s a sign that it is my last week at work and my own thoughts and desires are starting to come out of their protected shell.

Two weeks ago I was fortunate to catch the back end of an amazing symposium in Bergen called “Data is Political” organised by Amber Frid-Jimenez and Ben Dalton. I suppose I had been too wrapped up in my own life to notice that this event was happening so thank goodness for the fabulous Jill Walker Rettbergwho tweeted from the event. After work I stopped by to catch the panel discussion and get some form of conclusion about what they had been talking about all day. I mean … what an interesting subject for art students and scholars to be discussing? I was so impressed and rather excited!

On the panel was Max van Kleek, Jill Walker Rettberg, Daniel van der Velden and Peter Sunde. There were some great discussions about what the “new” internett should be like in order for it to become what most of us want the internett to be. Common consensus was that there’s too many regulations and too many big companies (Facebook, Google) ruling the flow of information and networking. I feel very out of the loop when it comes to internett politics, these days. I need to catch up. SOPA and ACTA were right in front of me – within my reach – but I ended up trusting voices I respect rather than informing myself to the full extent, which I’m not proud of.  Data is political and I should be taking it seriously.

I get enthused by these discussions and I feel like I’m witnessing some really important thoughts and opinions. I noticed that the audience was also revved up and I could almost see their fists rising to the air, ready for a data revolution. But we’re all preaching to the choir at symposiums like this – how do we bring important discussions about internett regulation and control to the “true” public?

I’m a big fan of Peter Sunde. I think the concept behind Flattr is amazing and it’s become so much more user friendly the last year. I think he has some great thoughts about what data and the internett is today and what it could be. But it dawned on me that none of my “regular” friends would even consider going to a symposium like this. They wouldn’t read an article written by Peter Sunde – they wouldn’t read an article about data politics at all. They’re just like the US Congress and think of us all as “nerds” (Daily Show clip below). But they should get involved! And I started thinking about where to best have the debate. Where would my friends pick up on thoughts about the political structure of data and the internett? Facebook, came to mind. Peter Sunde isn’t a part of Facebook. While his protest-like action of not being a part of Facebook has a respected impact on me – my so-called “regular” friends don’t really care, whilst they’re the ones who should be woken up.

So here’s my thought:

“Is the public space, the right place for debate and political discussion, where the majority of the public choose to be?” Could Facebook actually become a “public” place? My initial instincts are telling me “Good God no!” – but who really decides where to have public conversations or not? Politicians are flokking to Facebook, but I get the feeling that they’re still not taking the medium as seriously as they maybe should be. Oh no! Did I just call Facebook a “medium”?! Eek! So should Peter Sunde be active on Facebook in order to get his views heard and discussions started?

I’m still in awe of some students I met when talking about social media from a corporate perspective. They were really engaged with children’s rights on Facebook. They voiced an opinion that they felt parent’s should somehow be regulated for oversharing pictures and information about their children on Facebook. Our argument back to them was … uhmm… why is Facebook different than the World Wide Web in general? Interestingly, the students felt that Facebook was much more public than a website, for example. It was more public and visible on Facebook, whilst a webpage gets lost in the information jungle – it’s therefore not as public. What an interesting thought! I find it rather scary, really. What’s the deal with thinking Facebook is a public forum? Where does this notion come from?

So naturally … I’ll be writing a PhD proposal during Easter on the subject. I feel like I’m always doing academic daydreaming during Easter holidays! I should get out more!

I’ve started listening to Jeff Jarvis’ “Public Parts: How sharing in the digital age improves the way we work and live” (while I cook – a new hobby of mine) and so far I’m mostly amused by his word “Publicness”, but I’ll have to blog about that another day – now I’m off out in the rain to get to my second to last day of work! For now – here’s the man himself: