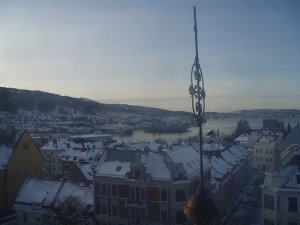 I’m just running through my feeds before I start cracking on some more “serious” blogsposts and I’ve caught myself muttering “How adorable – beautiful – incredible!” on several of the articles I’m reading – so thought I’d just share some of them here. I don’t know – perhaps its the beautiful weather that’s put me in the lovey dovey mood – either way – I’m having an incredibly lucious Sunday!

For those without hands, there’s Air Guitar Hero
DARPA project repurposes Guitar Hero to train amputees to use artificial arms
– by Sally Adee

Rehabilitation specialists have taken to Nintendo’s Wii game console as a way to help motivate patients during physical therapy and rehabilitation. The latest addition to the Wii-hab phenomenon is perhaps its coolest—Air Guitar Hero. Researchers at Johns Hopkins University have made the popular Guitar Hero game into a tool for amputees who are being fitted with the next generation of artificial arms. With a few electrodes and some very powerful algorithms, amputees can hit all the notes of Pat Benatar’s “Hit Me With Your Best Shot” using only the electrical signals from their residual muscles.

Which reminds me of the great Bike Hero film! Guitar Hero to the streets!

Victory or death! Yes we can!
– waltermonkey

Waltermonkey analyses newly appointed Obama FCC transition team leader, Kevin Werbach‘s World of Warcraft profile and what it means in the ‘real world’ and what we can expect from him as a FCC leader. I’m soooo charmed by this!

Now: What does this tell us about him, as a person, as a gamer, as a government official? I will attempt to translate all the dorkese.

Every player in WoW belongs to one of two warring factions, Alliance or Horde. Werbach is Horde. Children often choose to be Alliance because they perceive them as “the good guys”, but students of history (both ours and Azeroth’s) recognize that Alliance culture is based on

medieval European culture and Horde culture is based on the indigenous cultures that were supplanted by the West.

Werbach is a Tauren (a minotaur), which basically makes him a Native Kalimdorian. The Tauren revere nature, living in wigwams near giant totem poles. As a Shaman (see below), he could also have chosen a troll (blue-skinned Jamaican-like monster) or an orc (green-skinned Klingon-like monster), so there must be something about the cow-man that appeals to his liberal guilt.

Then there’s this adorable xkcd that just made my heart melt!!!

American McGee writes a heartwarming blogpost about how people’s reaction towards his name, American, has changed through his life and how the Bush year’s made it especially difficult for him.

I had more than a few “I spit on your name” events, some people who simply asked, “Why would your mother do that to you?”, and plenty of discomfort and uncertainty about what to say. What do you say to a guy whose name is born from that place where everything is going so wrong? One girl commented, “That’s stupid.”

And I had to agree. I was one of those who had said, “If Bush is elected again I’ll leave the country” – and I did it. Ironically, it didn’t save me from the fact that things were going so wrong back home, it made it even more obvious. America’s image and the concept of Americans in general suffered severe damage in the minds of people in “the rest of the world” (which, btw happens to be most of the world).

OoooOOOooo – I feel like this study has been talked about for ages! So incredibly great to see the results. The fabulous Mizuko Ito has led the study.

Over three years, they interviewed over 800 young people and their parents, both one-on-one and in focus groups; spent over 5000 hours observing teens on sites such as MySpace, Facebook, YouTube, and other networked communities; and conducted diary studies to document how, and to what end, young people engage with digital media.

None of this is particularly suprising – but it’s just sooooooooo good that they have hard data which now proves what several people have been pointing out for years! This is an important study!

That’s it for now – I’m still only halfway through my feeds – so I may update later.

4 thoughts on “Life is beautiful”